The Metagenes Alumni Association is pleased to announce that Spencer Silverman is this year’s winner of the $500 Kim Clark Scholarship. Selected on the basis of recommendations received from fellow collegiate members of Metagenes Chapter, Spencer has distinguished himself with his efforts as the chapter’s Philanthropy chair.

The Metagenes Alumni Association is pleased to announce that Chiravi Patel is the recipient of this year’s Kim Clark Scholarship, valued at $500.

The scholarship committee based her selection as Kim Clark Scholar primarily on the recommendations shared by members of the active chapter. Those recommendations noted how Chiravi is “one of the busiest people I know, but always willing to drop everything to help other brothers.” Someone that members of the chapter “can undoubtedly always count on,” many of her contributions to keeping the chapter running were made anonymously behind the scenes. Since she would “never boast or brag about all she has accomplished,” multiple members were worried that her hard work and acts of kindness had gone unnoticed.

“Chiravi’s devolution, commitment, and love to the Metagenes Chapter is exhibited on a daily basis. She is the one that helps you feed paper into the printer in the wee hours of the night for your pinup the next day; she is the one to volunteer to cut the bid cubes when no one else will; she is the brother that will bake you cookies when she catches wind that you have had a terrible day; she is the one that holds your hand and consoles you after a rough pinup; she is the person in studio that is the most generous with her time when she has absolutely no time to give.”

The Kim Clark Scholarship is awarded each year to a collegiate member of Metagenes Chapter in recognition of dedication and service to the chapter and that brother’s character as a student and as a member of Alpha Rho Chi Fraternity. Brother Patel is the tenth Kim Clark Scholar since 2012 and exemplifies the tradition set by Brother Clark.

From April 7th-14th, Metagenes participated in Habitat for Humanity’s fundraiser, Shack-A-Thon for the first time. The rules for the event include the build of a 8’x8’x8′ shack and at least one person from the organization be in the shack at all times, including over night! We had a very successful showing for our first time, winning: 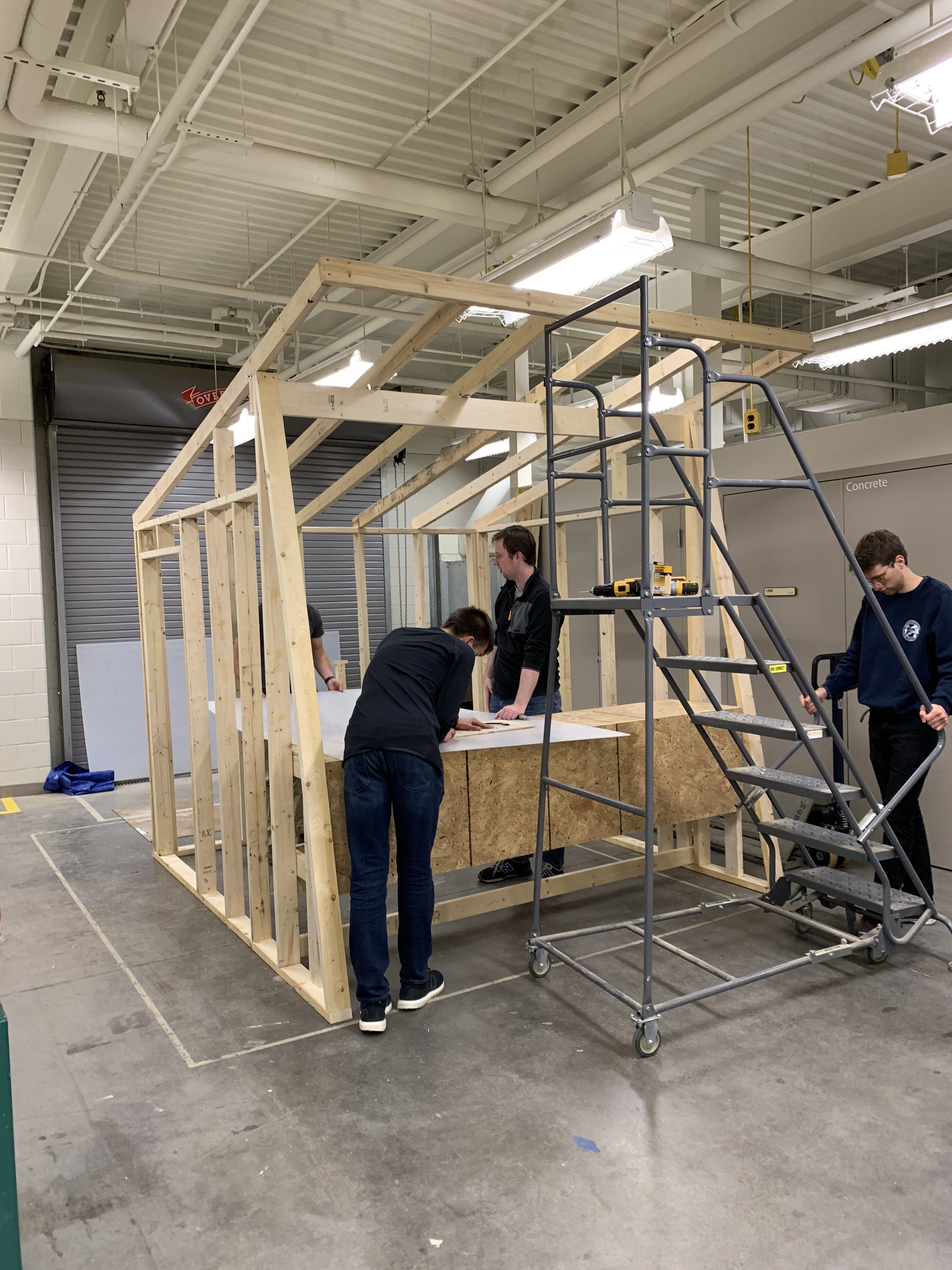 On March 23rd, 2019 our Chapter celebrated its 50th anniversary! The weekend of April 5th-7th, Alumni came back to Blacksburg to celebrate with the Collegiate Brothers, with a banquet, hike and brunch.

This past Saturday, February 6 2016, the Metagenes Alumni Association held the second annual Resume Workshop for active brothers.  We reviewed resumes, provided edits and suggestions, and helped brothers prepare for life outside Cowgill.  Special thanks to Chris Jones for conceiving of and organizing the workshop, and to Michele LeTourneur, Hunter Bristow, and Phil Buckberg for conducting reviews.  Thanks also to the chapter for securing Cowgill 300 and for arriving with some very impressive resumes as well as with coffee and donuts!